Juan Pablo Moreiras – Fragile We live on a planet that has been restlessly changing for 4,500 million years, but the great environmental impact that human development is making on its

We live on a planet that has been restlessly changing for 4,500 million years, but the great environmental impact that human development is making on its own habitat is accelerating a growing imbalance between human beings and at the same time between them and the rest of living creatures. Human is the only animal that destroys the natural environment where he lives, thanks to his extraordinary capacity to modify it and adapt it to his needs. While reaching an overwhelming success for himself, he deeply alters its environment at great speed, even endangering his own future as a species. In his expansion he pollutes water, air and soil.

Three out of four primate species will become extinct in the next 50 years. The main cause is agriculture, followed by logging, livestock and hunting. Between 1990 and 2010, agricultural practices have consumed 1.5 million square kilometres of their habitats, three times the total area of ​​Spain. The orangutan has lost 60% of its habitat in just two decades due to the felling for the oil palm plantation. The only way to avoid this extinction is to develop local economies in tropical countries, reduce consumption rates in developed countries and protect the forests worldwide.

Over the next few years, millions of people will be forced to leave their homes due to environmental upsets. Deforestation, drought, natural catastrophes, desertification, pollution, loss of biological diversity, unbalanced exploitation of natural resources… Too often, people live in places with a great abundance of natural resources but with unsustainable poverty rates. The exploitation of these resources by rich societies that demand them with voracity occurs irresponsibly and unfairly, and is the cause of many inequalities that cause poverty, hunger, war and ignorance. 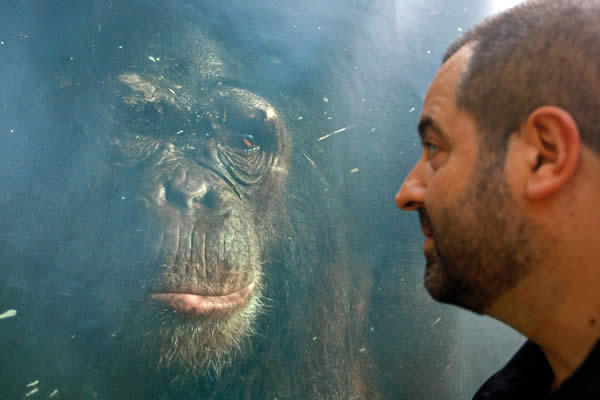 Exterior of the Cantones Centre